My Tower, My Rules
OOC: Below is a list of the Astronomy Class/Tower rules and then a description pulled from my office thread, followed lastly by a small diagram of what the room floor-plan is for the class/office space.

The Astronomy tower is another wonderful spot to come to study, socialize or just get some questions answered. I absolutely do not mind any of you making your way here or reaching out to me for a possible interaction whether in or out of class. As for using the tower I do ask that you follow some simple rules I have laid out below and keep in mind the castle rules and curfew. When you aren't here for class and here to pick my brain or use the telescopes under supervision, this area is a privilege to utilize. One that can and will be swiftly removed should you be found breaking any school rules or causing mischief. Note that the rules will be very similar to what Professor Barclay and Professor Equinox have set forth as they are for your safety.

Please keep in mind that these rules are here for your protection as this tower can be quite dangerous if you do not follow my rules containing but not limited to your untimely demise should you fail to heed them. So, I urge you for the sake of everyone simply follow the rules .

With that said, should you find yourself wanting to take advantage of my office hours and there is no other student currently in attendance, feel free to visit me in my office. This includes both classwork, other homework I may be able to lend a hand with or possible outside thoughts that are troubling you. Regardless of the situation I look forward to sharing this space with you and your peers.

✧ Do not god-mod any character without explicit permission. Not mine, not anyone's. If anyone should feel being god-modded (meaning: your character gets controlled without permission) do not be afraid to notify either me or any available Professor or Prefect if this matter should occur. This rule also applies to npc/ghost characters as per the site rules.

✧ The doors of the upper levels in the Astronomy Tower are locked with magic if I or another professor are not specifically present within. Going outside without any guidance of the weather could be extremely hazardous to your health and is not advisable. Furthermore, my office hours are between 5 p.m. and 5 a.m. (IC) so if you intend to enter the tower after curfew without my permission chances are you will be caught. You may try to enter by the means of Alohomora spells or Breaking open the door with an act of vandalism, this, however, equals an IC rule break and can be caught IC.

✧ It makes no sense to go up at night to gaze at the stars in secret. My classes are from 10 pm to 11 pm or sometimes go even further into the night. Each and every night. Not to mention my office hours and desk/office space being in the room itself making it near impossible to sneak in or be around unnoticed. I might be giving you your space but if you are breaking rules or here after curfew you will be spoken to.

✧ Fifth Years and above will be allowed in the upper levels of the Astronomy Tower until curfew and only if they notified me, the Astronomy Professor, about their purpose. Younger students will not step inside those parts of the Tower alone. Exceptions may occur due to Events.

✧ Respect both each other, myself and the equipment in this room. This goes for both in and out of class whether you're here to study or for my office hours as well.

✧ Do not lean over the balcony and do not climb onto the walls. This is dangerous and could lead to your instant demise. It is also impossible because the walls surrounding the platform are charmed so that no one may climb onto them.

✧ Do not touch any of the objects without permission, you may bring your own telescopes if you own one. The objects here are very expensive however I will more than likely grant permission if you simply ask first.

✧ No running in the classroom or on the attached platform.

The Room
Floor-plan for reference should you find it handy!

Students would enter to see this was no ordinary classroom... There were no rows of desks neat and orderly facing a chalkboard. Nor rows of benches resting under wide desks for students to sit two or three across. Instead they would find themselves in a large indoor classroom with plenty of room for various activities. To the immediate left when entering the classroom would be a set of shelving with spots for students to keep their notes, journals, extra jumper or gear for colder weather, or other classroom materials necessary should they choose to, in part to not give any excuses for students to come to class unprepared nor too cold and uncomfortable. Along the other side of the circular room were carefully stacked square cushions that students could use to sit on when they found themselves doing an indoor lecture. A handful of chairs were also provided for those that might have difficulties sitting on the floor or unable to easily maneuver kneeling/standing. If they were to hold an indoor class due to weather or other instances, Professor Karr would gather the students together in a horseshoe shape to face the large mechanical Orrery in the center of the room that she stands by while lecturing. The lack of desks is mainly to keep students from laying on them at the late hours of class, removing any temptation to nap during class... as well as giving them all line of sight to one another during group participation and debates.

Typically classes would instead be held outside, a three story climb up an elegant curved staircase leading to the overhead observatory. A place that like with previous Professors, remained under magical lock when Professor Karr or one of her fellow staff were nowhere close by.

Various enchanted orreries for class use would rest on the shelving to the right of the entrance along with many books for student use within the classroom and with given permission borrowed for a short time. The largest orrery in the middle changing magically to reflect the current movements and keeping up in real time through another more involved enchantment than the smaller ones set for specific seasons etc. The constellations that had also been in the class during previous Professors still moved in a silent evolution around the spiral staircase leading to the upper observatory. Kateri's desk would sit embraced by by the stair's curve, a couple steps above the main floor.

Though mostly untouched, her desk would not reveal its lack of use as atop it are scattered pages and notes from her own research. One quill with dried ink on it resting on an old piece of parchment with haphazardly scratched reminders while another sits in its inkwell longing to be used. A more modern writing implement, a pen would be tucked instead behind the Professor's ear while she works. A large oak drawer could be seen partially pulled out with a scrolls wedged inside and peeking out from over the edge of their wooden housing. On the back of the velvet padded chair would rest not one, not two, but three different cardigans, pull-overs or button up jackets of some kind long forgotten by the Professor who was too chilly to leave it in her closet but too warm to take it back with her upon leaving for the morning. On the shelving behind the desk were neatly stacked, shocking I know, books of all kinds from all eras, whatever the Professor had gotten her hands on. If it involved Astronomy or an inkling of it, it would be there. Students were allowed to utilize the books in the room however not permitted to remove them from the classroom. Staggered on the shelves were small totems of animals, some linked to various Zodiac or cultures including her own. Most were carved from stone or bone, the most prominent a larger moonstone carved wolf standing on all fours with its ears alert... eyes some sort of other unrecognizable gems... but almost as if they were watching the students every move.

As always the open walls of the classroom were blocked by invisible walls given the illusion that it was open-air when in fact it was not, not completely anyway.

The door to the main classroom remain open and unlocked so long as Kateri is in the classroom or observatory. 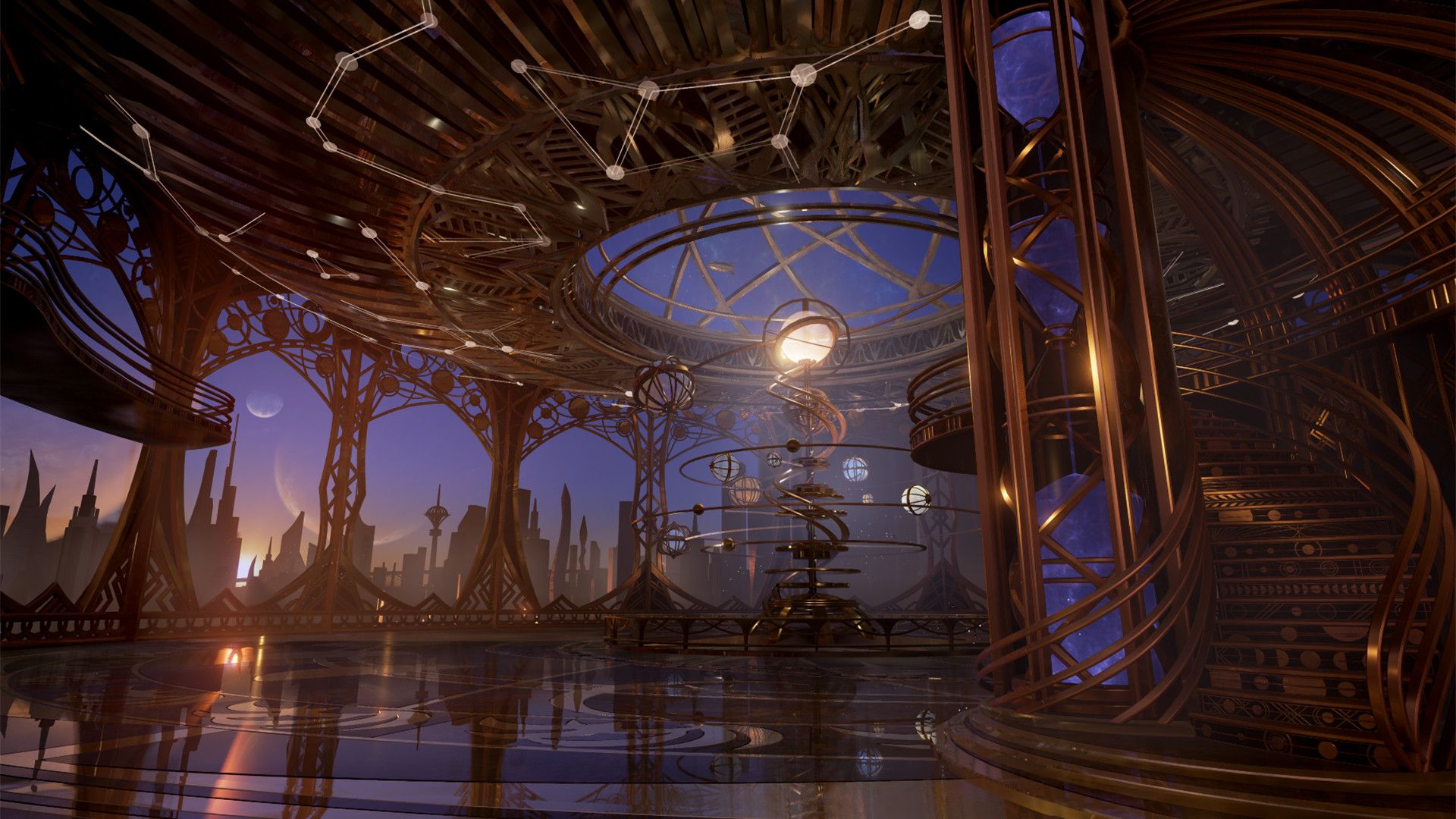 "Silence encourages the tormentor, never the tormented."-Elie Wiesel
Back   Reply