let it go
let it leave
let it happen
nothing
in this world
was promised or
belonged to you anyway
- all you own is yourself. 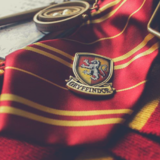 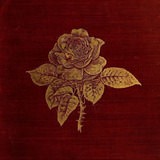 BEFORE HOGWARTS: Sabrina Hurst had never remembered anything different than her current life. She was born to two loving parents - Juniper Williams and Darren Hurst. They weren't married, but instead happily in a relationship. Sabrina had come as a happy surprise for the couple, and Sabrina was more than happy to belong to a family - then again, every infant is. When Sabrina turned one year old was when her father got employed at Hogwarts School of Witchcraft and Wizardry. She doesn't remember anything at all from that age, but her mother does tell her that it was a difficult time. Sabrina's mother left her father not long after he got employed, and moved herself and her daughter to the Isles of Scilly by the time that Sabrina was three years old.

Being in a basically tropical paradise was Sabrina's dream, and she adapted well to the environment. Her mother began to call her a 'beach bum' due to how much time she would spend by the ocean. She had always felt drawn to the tides, but never really had a reason for it. She still doesn't, but she does know that she loves beaches. They lived with her Nana and Baba from her mother's side for two years, so you could imagine Sabrina's heartbreak when her mother announced that they were moving to a place called Derby in England. She was five, but she had become to attached to the Isles of Scilly that she never wanted to leave.

In Derby, she moved into a house just down the street from a boy whom she would befriend, and grow up with. Her Nana and Baba from her father's side moved to Derby as well, so they would be able to see her. She would always go to the park with her mother, and she began to attend muggle school like anyone else her age would. She grew up like any normal child would, despite the fact that she had been fully aware of magic from the beginning.

Due to her Nana and Baba being around, they had a large influence on Sabrina. From a young age, they told her plenty about Muggle-borns (or Mudbloods, as they would call them) and made her quite weary of them. She is generally a nice person who will speak with anyone, but she doesn't quite like Muggle-borns as much as other people would. Thanks to living with her mother, and visiting her father in the summer, though, she never hated those who were born to humans. She accepted them to a point, but her trust still remains out of tact.

When Sabrina had received her letter inviting her to attend Hogwarts, she had never been so happy. All of her family on both sides had attended the prestigious school where the famous Harry Potter came from, and she was eager to follow suit. It also helped that her best friend, Reid Kovacs, would be there along with her. She never really had any hopes on which house to get in, despite her mother's side being Ravenclaws and Slytherins, and her father's side being Ravenclaws and Hufflepuffs. As long as she was still able to spend time with Reid, she was fine.
Last edited by Sabrina Hurst on 27th April 2018, 6:26 pm, edited 9 times in total.
today you are the fire
& tomorrow you will be the sea.

*INACTIVE/DELETED
tba
Last edited by Sabrina Hurst on 13th April 2018, 10:22 pm, edited 9 times in total.
today you are the fire
& tomorrow you will be the sea.

* RPGS - Threads By Year *
RP STATUS - CLOSED for new threads.
LAST UPDATED - 05/05/18
TO DO LIST - Everything
NOTE - These rps are in order of occurrence.
Black = Finished
Dark Red = Abandoned
Uncoloured = In Progress
* FIRST YEAR
001 :: Off to the Races
Before Sabrina gets her Hogwarts letter, she comes home from summer in Cotswolds to hang out with Reid Kovacs. During this time, she ends up flying over the handlebars of her bike and hurting herself rather badly. It's a good thing there's plenty of time before Hogwarts.
002 :: The World is our Stage
Sabrina, her father, and Reid go to Diagon Alley for some school shopping. Sabrina makes it a point to go to Weasley's Wizard Wheezes first.
003 :: Sorting Ceremony
Sabrina gets sorted into Gryffindor!
004 :: Dormitory Three
Sabrina retires to her dormitory where she meets Reine and Rhea. Later on, a girl named Puppet came in, and Sabrina had trouble taking a liking to her.
005 :: A Day by the Lake
After three weeks of being apart, Reid and Sabrina finally meet up once again. What Sabrina didn't expect was to be updated on absolutely everything in his life at Hogwarts so far. She didn't mind it of course, but she didn't particularly fancy the confusing thoughts she had when he explains what happened between him and Bloom Silverton.
006 :: Why Read Books When You Can Make Friends?
Sabrina meets Serena Towers.
007 :: Lost.
Sabrina encounters Siege Aramastus Bal while lost in the Corridors of Hogwarts.
008 :: I Won't Tell
Sabrina walks right into Dymphna Teague, causing the two to meet.
009 :: Friend or Foe?
Sabrina meets Bloom Silverton.
010 :: Peach Lip Gloss
After the school-wide snowball fight, Reid and Sabrina hide out by the fire in the Small Hall.
011 :: Quidditch Tryouts (Gryffindor)
Sabrina tries out for Quidditch, aiming for the Seeker position, of course.
012 :: You Fit Me Better Than My Favourite Sweater
Sabrina finally tells her crush how he feels. Thankfully, it wasn't unrequited. They're sticking to friendship though, because what kind of twelve-year-old really needs a relationship?
013 :: The Drowning of Eris
While Sabrina was just chilling by the Great Lake, she saw Eris go into the water.. fully clothed?! She follows her to find that a siren had been entrancing her, and somehow she managed to drag her out of the water without drowning herself.
014 :: Dynamic Duo
Sabrina and Reid think it's a good idea to go check out the Charms classroom. More tba.
Last edited by Sabrina Hurst on 5th May 2018, 5:53 pm, edited 14 times in total.
today you are the fire
& tomorrow you will be the sea. 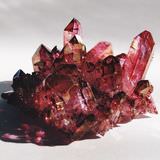 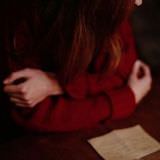 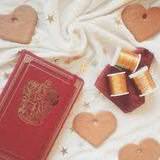