Macie had a free period this morning and decided to fill it with a Ballet session once everyone was out of the halls she hurried to the ballroom she had hidden her Dance gear under her school uniform, so no one suspected she was up to something, the young Slytherin quickly changed before turning on the lights, Macie's mother had given her an enchanted Locket, it played music when opened.

Macie laid her school uniform neatly on the piano bench out of the way. The young Slytherin then gently opened the locket and took the first position and began she danced fluidly in time with the song. Macie enjoyed the muggle dance immensely even though she was a pureblood witch, growing up in Canterbury she had to put on a facade that she was just like every other child in town, Muggle.
As Macie danced she softly hummed along with the song this helped the young witch keep in time with the steps of the dance.

Macie normally did not care for classical music but when she danced it was all she ever learned to dance to, and she did it quite well. Macie was so lost in the music that she was unaware she may or may not be alone in the room, her passion for the dance was clear, to anyone who saw her dance it was obvious that she loved it.

this is the outfit macie is wearing: 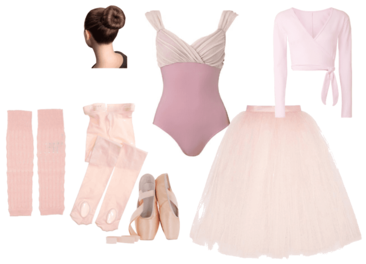 Here is her Locket:

Last edited by Meenauh Silmataurea on 14th May 2020, 12:56 pm, edited 1 time in total.
"a friend is someone who reaches for your hand and touches your heart.” As of late, Illowy had been pouring herself over tome after tome, trying to help in the effort to discover and cure the curse that had afflicted several of the Slytherin students since the attack, herself being among the worst to survive that nightmarish event. However, it wore on her. The stress of trying to solve a mystery with very few clues was a lot, especially for just a thirteen year old student, even with the help of her peers.

Today, she decided to spend her free period to herself. That morning she'd already taken the initiative to wear something comfortable beneath her school robes, and arranged her hair to be at least pulled out of her face in the front (a rare occurrence these days since she often depended on her dark tresses to hide the marbled black scars on her cheek and neck). Violin case in hand, the young snake made her way towards the Rehearsal Room, though not before a familiar sound fill her ears. An orchestra, it's sound echoing from the ballroom. Fairly odd, she thought, though her curiosity was piqued.

Carefully, she pushed the door open and peered inside, spying one of the first years in her house twirling and dancing away as music played from some source she couldn't figure at the time. Being a dancer herself, she couldn't help but analyze the younger snake's form and technique; taking note that while the girl certainly had room for improvement, as all young learners do, she certainly seemed to hold a talent and passion for the art. The older girl slid herself in, closing the door silently behind her and resting her violin case on the toes of her shoes (she never liked playing her beloved instrument on the filthy floor).

Quietly watching on, she waited until the song came to an end before making her presence known, "You shouldn't neglect stretching before you dance. It shows." the girl informed. Illowy had a reputation for being fairly intimidating upon first impressions. That was mostly enforced by her pale blue, ghostly eyes, lily skin and long dark hair; she nearly blended in with the school's haunts. As well as her naturally cold tone and the inky scars on her skin did her no favors in approachability, "Your jeté lacked it's full potential for extension. Your posture it decent though." it was meant to be helpful criticism followed by a attempted compliment. Truthfully, Illowy had always had a soft spot for first years, she was just terrible at communicating with a passably friendly tone.
I was told I was dangerous. When I asked why, they said, "Because you don't need anyone." That's when I smiled.
stats | Stamina: 6 | Evasion: 6 | Strength: 5 | Wisdom: 9 | ArcPower: 7 | Accuracy: 7 |

Macie was just getting to her favorite part of the ballet the Fouettes when she was startled by a voice she was so startled she nearly fell over mid-spin, she looked towards the door with a slightly annoyed expression that quickly changed to uneasiness as she had not met any of the older students, only those in her own year and this lady had a certain something about her that made the young witch feel uneasy as if the girl was judging macie in every way a person can be judged. Macie recognized the older girl as one of her housemates this made Macie even more uneasy.

Macie soon found her tongue after hearing the older girl's words and she nodded "Yes, Thank you, you are most correct my lack of experience showed in my jeté, I have not been practicing as I should, I thank you for your critique."[/i] Macie's tone was a bit formal as she did not truly know how to respond to the older girl as the girl made Macie feel more like she was looking through the young Slytherin instead of At her, this made Macie slightly uneasy but she was not afraid. Macie softly closed her beloved locket, this cut the music off.

The young witch slowly made her way towards the older girl and softly said"Hello, I'm Macie, Macie Winkle.] Macie then extended her hand for the older girl to shake. Macie hoped the older girl was friendly. Macie did not know how to respond to people very well so she hoped she did not seem Overly awkward.
"a friend is someone who reaches for your hand and touches your heart.”

Illowy bit back an amused smirk as the younger girl tossed her a sour look, though it changed quickly. The snake studied the blonde for a moment, trying to gauge what the blonde was thinking of her. She had a few ideas from past experiences, but it was still a fun game to play with one's self. Did the girl think she was about to jump her? Yell? Blast her across the dance floor? That certainly seemed to be the way the child was looking at her. As though at any moment, Illowy might unleash something awful on her.

She raised a brow, waiting for the girl to answer. When she did, the formality of the blonde's words were a surprise, though Illowy took care not to show it. Presumably, she must've been from a good family; the most well spoken at the school all seemed to be from good, proper families. Certainly the girl couldn't have been a legacy Slytherin, she didn't hold herself like the others who were. From the small bit in information she'd gathered from the child, she thought maybe born to a Hufflepuff... perhaps even a Ravenclaw?

The younger witch closed her enchanted locked, ceasing the music from continuing, and properly introduced herself as she approached the older girl. Pale eyes flicked down at the outstretched hand for a moment before lifted back to the girl's, "Illowy Magnard." she introduced simply, keeping her hand folded daintily over the top of her violin case
I was told I was dangerous. When I asked why, they said, "Because you don't need anyone." That's when I smiled.
stats | Stamina: 6 | Evasion: 6 | Strength: 5 | Wisdom: 9 | ArcPower: 7 | Accuracy: 7 |

Macie was slightly off-put by the manner of the older girl but she did not show it she just figured the older girls did not like to be touched. Macie smiled softly then softly said: "Pleasure to meet you, and thank you again for your critique. I will take my leave and be out of your way, I wish you a good day." The Young Slytherin packed up her dance bag and wrapped her school robe over her dance costume until she could get to her dorm to change properly.


Macie has Left this thread

"a friend is someone who reaches for your hand and touches your heart.”
Back