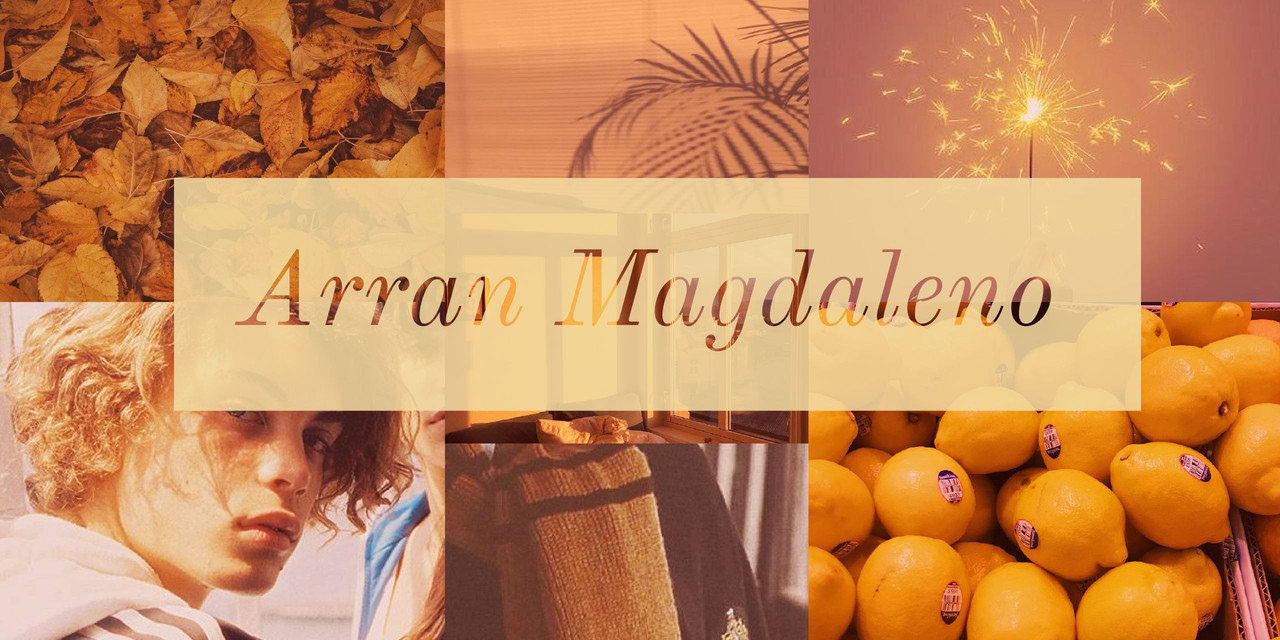 His Personality:
Arran is a nice guy. He likes talking, playing Quidditch, eating junk food, pranking people, and reading fantasy books. He can be a troublesome lad but he just likes to have fun and make merry. Arran isn't the type to hold a grudge - unless you've really done it - and he tries to make peace more than cause more chaos. He has nice laugh and he's pretty clever when he's in tight situations. He tries to sweeten up to his teachers and to girls, especially.

His Appearance:
Arran is half Hispanic and half English. He has (apparently fluffy) dirty blonde hair and hazel eyes. His cheeks are usually a rosy pink, mostly from a slight allergy to dust. He's 4'9 and he weighs 72 lbs, he's average build but his calves are pretty toned from soccer. He usually is pretty untidy and dirty from messing around a lot; he's definitely not the organized type. His voice is like an average eleven year old, not deep but not squeaky.

His History:
Arran's parents are Elizabeth and Carlos Magdaleno. He was born on May 9th and and was always pretty small and lanky. He has two brothers, Nicholas and Felix, and one sister, Daniella, who are all in Gryffindor. He lived in London his whole life and rarely vacationed anywhere, but he doesn't like to travel anyways. He likes to hang out with his friends, muggles and wizards, and he's very athletic, or as much as you can be at eleven years old.

His Magic:
Arran first learned that he was magical when he was at a dinner party with his parents and accidentally raised the skirt of one of the ladies! No one except his sister knew it was him.